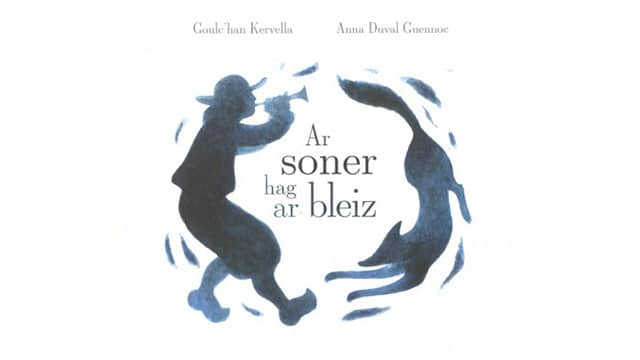 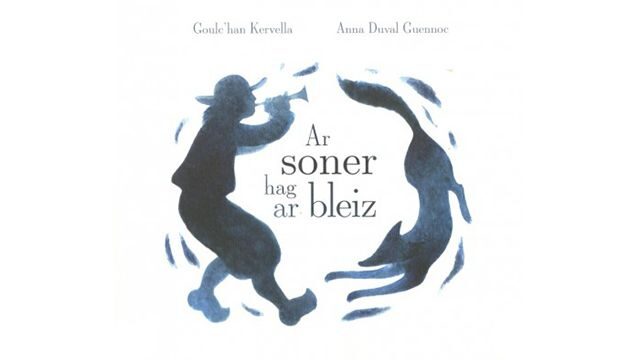 This Breton-language musical tale was written by Goulc’han Kervella. It is based on a tale collected by Yeun ar Gow. Matilin an Dall, a bombard piper, and Yann ar Chapel, a biniou piper, are invited to play at a wedding in a village of the Monts d’Arrée region. But anguish comes and troubles the party as a young child has been taken away by a wolf…

The theatre play is played by Nicole le Vourc’h and Goulc’han Kervella, together with pipers and dancers.

This Breton-language musical tale was edited by TES as a book with DVD.

Yeun ar Gow (or ar Go), Yves Le Goff for the civil registry, was born in Kernevez, Pleyben,
on 7 October 1897, and is dead in Gouézec on 22 February 1966. He is one of the main Breton-language writers of the 20th century. He worked as an employee for several notaries in the Finistère (Pleyben, Châteaulin, Pontivy, Plomodiern) before he became notary himself in Gouezec in 1927. He published Marc’heger ar Gergoad, a children’s book, in 1939 (Rennes, Imprimerie centrale), and wrote several Breton-language texts at the end of his life. Many of them have been republished in the 1990s and 2000s.