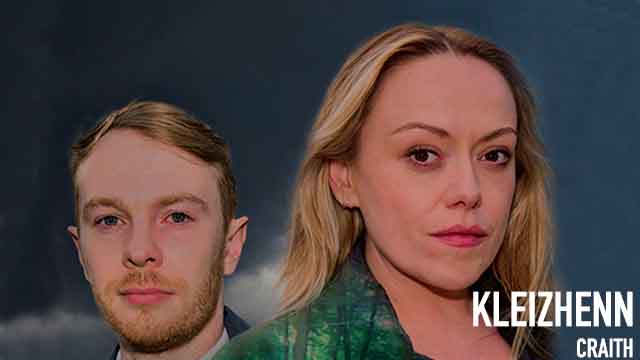 Questioned about the Ellis murder, Karl Lewis insists that he is innocent – but Cadi senses he is hiding something. Soon, Karl confesses that the guilt he feels is not linked to Ellis’ death, but rather what happened between them at the school years before. Pressed further, Karl admits the accusations he brought against Ellis were false – designed to destroy his reputation and get him the sack.

As Karl contemplates the effect of his lies on Ellis’ life, Cadi returns her attention to Mia Owen, the witness whose false testimony led to Karl’s arrest.

Interrogated by Cadi, Mia confesses that she lied about seeing Karl. It was a stupid thing to do.

Cadi feels sympathy for Mia as she talks about her painful upbringing and tensions with her mother’s various boyfriends – including, amongst them, Karl. Taken in by the story, Cadi lets Mia go.

Later, back at the station, Cadi is approached by youth worker JAMES RHYS (Siôn Pritchard).

He tells her about a local boy who took his own life a year earlier, a death that resulted in the youth centre’s closure.

Meanwhile, high on adrenaline after her meeting with Cadi, Mia gets into an argument at a local petrol station. Lee steps in to protect his cousin and is drawn into a fight with the owner. The altercation is broken up by local lodger SIÔN (Owain Gwynn). Mia and her friends are told to get lost. They leave, angry.

That night, under cover of darkness, the teenagers return to break into the deserted petrol station, but when they are disturbed by the lodger and told to leave, something in Mia snaps. Violence quickly turns to murder.