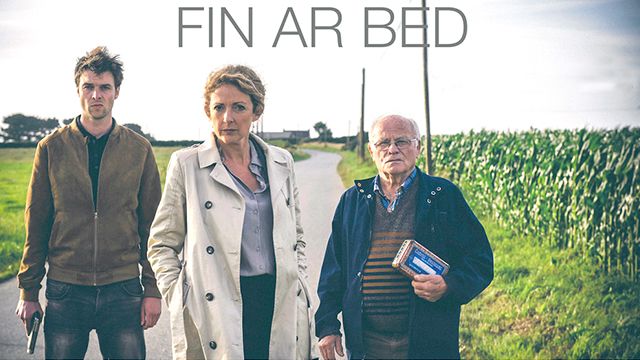 In a road trip towards past and future, this Breton language TV series describes three destinies that are coming across and together on Breton roads. Marie, a middle-aged businesswoman, is driving away from her relationship and problems at work. She meets Fañch, and old man holding a mysterious biscuits tin under his arm. Both of them will also come across with Klet, a young man whose step-brother is pursuing. He is trying to go to Roscoff where he wants to take a ferry towards Great Britain.

👉Fin ar Bed was produced by two companies, Lyo Production (Anne-Edith Cuillandre) and Tita Productions (Fred Prémel), in partnership with Dizale. It received national support from the CNC (French national centre for cinema and the moving image), the Procirep/Angoa (French society of cinema and television producers), the ADAMI (the performers’ services organization), as well as regional support from the television broadcaster France Télévisions/France 3 Bretagne, the Region of Brittany and local television broadcasters: TVR, Tébésud, Tébéo and Brezhoweb.

🎬 Nicolas Leborgne has been a documentary and fiction film director for more than ten years. According to him, both practices are complementary as reality must enter fiction to make it alive and credible and vice versa. In 2002, he directed his first short film called Douche froide. Sortir (2011), Canada (2014) and Gravité (2015) were then released. In 2017, he directed the series Fin ar bed which was nominated at the Luchon festival of TV creations (Festival des créations télévisuelles).